Though I said (or at least I remember so) that I would favour small projects in order to see them completed, the truth is that I've commited myself to larger scale stuff. That's one of the reasons behind the current slow pace of the blog. On the bright side, whenever I have something to show, it's rewarding to see lots of painted minis at once.
This case is the perfect example. I got the Firefly Brigands and Browncoats game:

The thing is that a couple of friends got it too. And they both asked me if I could paint their copies. Long story short, I'm currently painting three sets at the same time. Don't believe me?

The good guys, the crew of the Serenity, have two minis each. A casual pose and an action pose. Whenever I read the rules (or get someone to read the rules) I'll learn why. The thing is that I have the nine characters (a couple of expansions had to be purchased -in triplicate, of course). Two poses each. Three copies each. 54 minis. And that's just the good guys!

Well, the only way to approach a project like this is breaking the problem into smaller problems. One character at a time. So let's start with Captain Malcom Reynolds, alma mater of the whole thing. 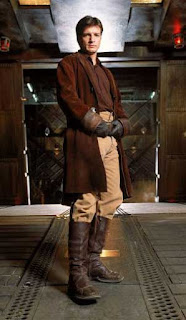 Though Nathan Fillion wears different outfits during the series and the movie, this is clearly the most recognizable one. Besides, the casual pose mini is just this pic taken into a fig; so I just had to follow this colour guide to get this:

I didn't take WIP pics as I thought it would have been unbearabe for you to see the process on the 54 minis :D

First mate Zoe Washburne has a lovely causal mini and a not so great action pose mini (as it happened with Cap Reynolnds, IMO). Once again I took a pic as a reference. 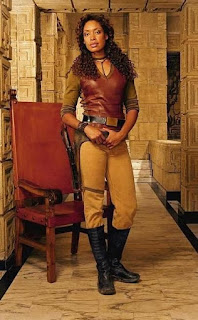 A thing series tend to forget about (specially sci-fi shows) is that actual people do change clothes. It's pretty common to see a character wearing essentially the same during the whole span of the movie or the series. But it's a thing that didn't happen in Firefly, and such a simple thing gave the whole show much more depth than you could imagine. Even with characters like Wash, who used to wear jumpsuits:

Even him had different Hawaiian shirts! 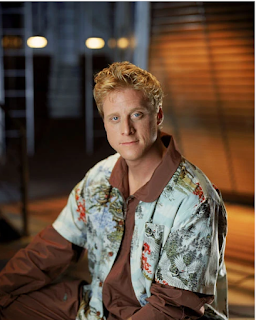 An the action pose is wearing this vest: 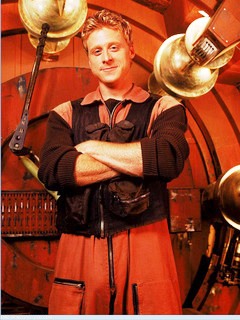 In fact the jumpsuit is this one for both minis (just take a look at the pockets). So with all this in mind I got this (that's the closest I could get to that shirt!):


Next character is one of my personal faves in the show, Kaylee (Kaywinnet Lee Frye). A nice casual pose mini but maybe the worst action pose mini of the bunch, I'm afraid; not becasuse of the sculpt itself, but in casting terms. 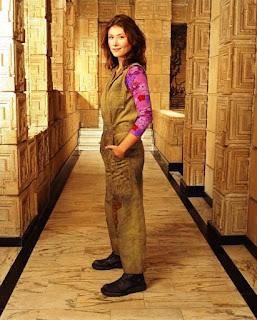 The core of the crew is completed with Cobb Jayne, the hired muscle of the Serenity. The challenge here is that the casual pose mini is wearing the infamous cap his mom sends him in 'The Message' episode, and it was tricky to find the art on the shirt he's wearing:

I suspect the action pose is wearing this t-shirt:

He's bearing his most beloved Vera, his Callahan full-bore auto-lock. Customized trigger, double cartridge thorough gauge.
It's a weapon he doesn't use in Serenity, the movie. However, at this point, I was having fun and I was in no rush. I decided to use the yellow t-shirt he's wearing at some point in the movie. It is distinctive and adds an element of colour. 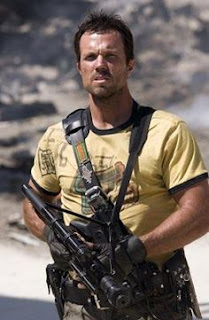 This is the best pic I could find as a reference to paint it: 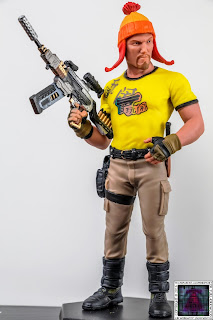 So this was the result:


Let's move forward! Apart from the core crew we can find Inara Serra, who rents a shuttle for her companion bussinesses. Both casual and action minis wear this dress: 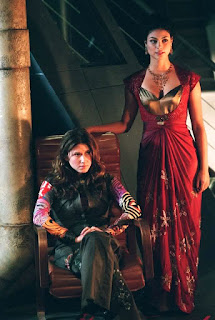 Funny thing, the action pose mini uses the bolt caster we can see in Serenity, but she doesn't wear that outfit.

Well, that made it easier and quicker for me to paint:


Shepherd Derrial Book was quite an interesting character the TV show didn't have time to develop (nor had the movie). Quite a shame, as the hints here and there were really cool. It was the comic book The shepherd's tale which told the full story of his life. 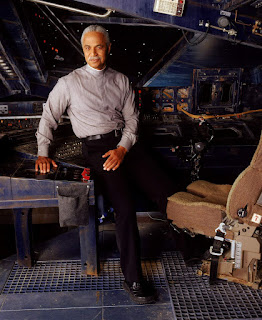 Finally, the Tams, another central element in the show and later in the movie. Dr. Simon Tam's casual pose mini looks to be inspired by this pic: 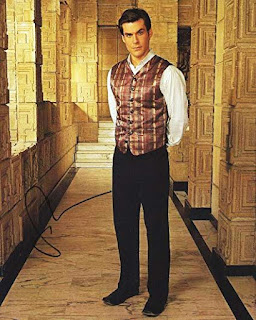 But there's no way I dared to replicate that vest. I chose this other one: 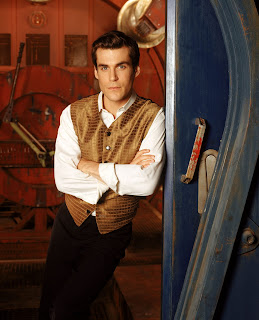 The stethoscope was added in the sculpt, but I like how it complements the mini.

River Tam's casual pose mini is clearly based on this pic: 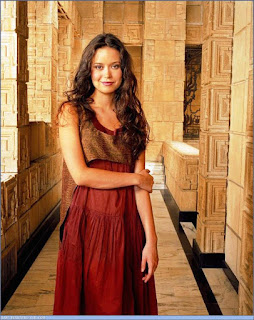 While the action pose comes directly from the Serenity final fight scene.
Then here you are:

So. This is it. Of course by now you need pics of all of them together as a crew!


Just a final remark. You may (or may not) have noticed that I'm building a sci-fi desert mining town. Yes, it truly will serve for my Rogue Trader/WH40K games. BUT.


This is all for now. I hope you understand I'm currently a little bit mentally exhausted. I'm switching from this project into any other thing and then I'll paint the baddies. Tripled, of course!!
Posted by Suber at 20.1.20 32 comments:

Happy (and belated indeed) 2020!
I know I'm late to the party, but this being my first post of the year, I wanted to cheer you all anyway!

First thing you may have noticed is that I have a new header. About time!
It's of course my own art of previously displayed Don Quirixote of Manchae Prime and his faithful Sancho Panzer ;)

It's been ages since I haven't drawn anything. I didn't dare to go fully digital, so I first penciled it old school style:

The same about ink:

You may also have spotted the windmills in the back ;)

I kept it simple, didn't want to overdo the thing. Less is more. I'm no Russ Nicholson and there's no point in pretending so :P

Though I considered the idea of using acrylics to colour it, I finally favoured the digital art approach, as I also wanted to remember how this stuff is done. So let's go.

From the background to the upper layers...

It's kind of a comic or cartoon style, but I hope that bright colours will work fine. Of course I could (and should) have elaborated it more; I should have blended the back layers, added more variation to sky and earth, worked the characters differently... You can name the things I could have done better. But as an exercise to get my mojo back I declare myself satisfied. More than enough. If I just could spare some time to keep practising I guess I could improve my skills, but for now it will have to do.

I'd like to keep up updating the blog and retouching things here and there. So you may still see some changes!