Though the title is supposed to be descriptive, I guess it may lead to confusing conclusions. Let's start from the beginning...

I had these glorious 2nd Edition Orks, you know, the classic ones from the starter box. Axes, horned helmets and all. I didn't want to paint them plain, mere Goff, as I've done myself in the past. I wanted something different. Hmmm... Then I got the inspiration. Coming from where least expected, as usual.

We were watching the How to train your dragon movies at home and it was all there. Axes. Horned helmets. And all! Wouldn't be that cool? Viking Orks? I mean, totally historically unaccurate, with the horns and stuff, with bright colours... I needed to do that. You know I did. So I put some green stuff to use and...

You see, I'm not taking this that seriously. Just making some adjustments to give them the cheesy lookings. One discovery I made was that the stubber from the Imperial Guard vehicle sprue looks quite in place for these guys:

I'm trying another experiment. As I don't have a drill small enough to make holes on the gun barrels, I put a little piece of green stuff and made the hole there!

A few pics of the WIP:

I made quite a simple banner (you may have spotted the banner pole is but a toothpick, ahem). Again, a cheesy Viking-ish style pattern with Ork vibe
'Ere we go! The finished mob and some close-ups: 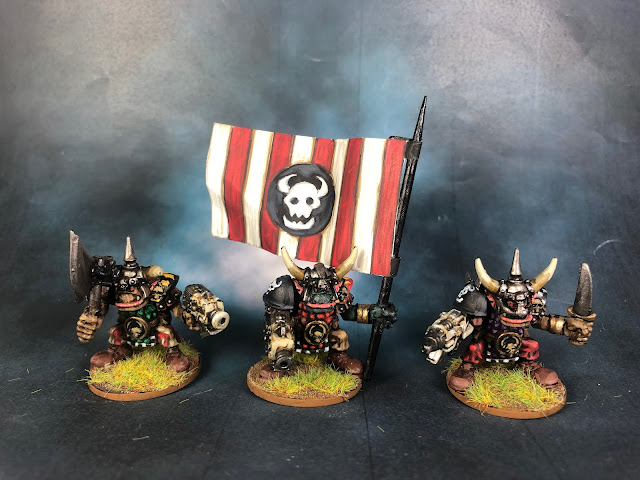 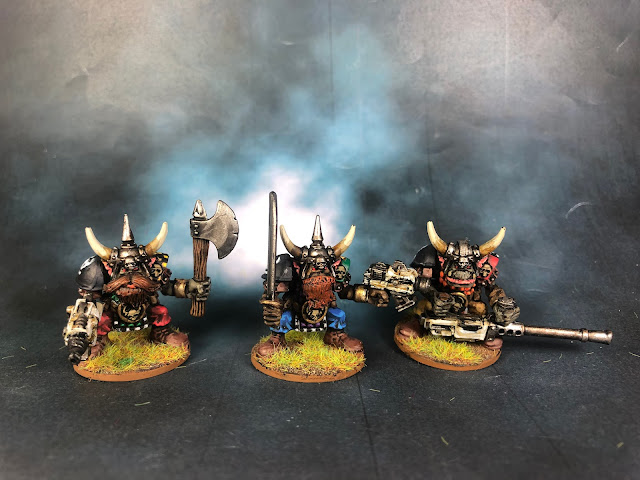 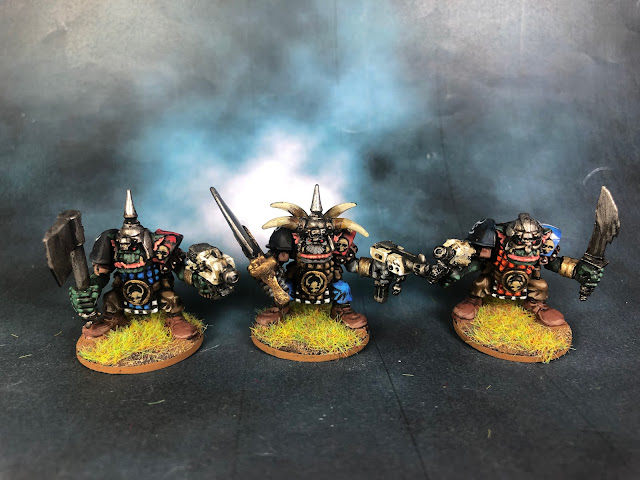 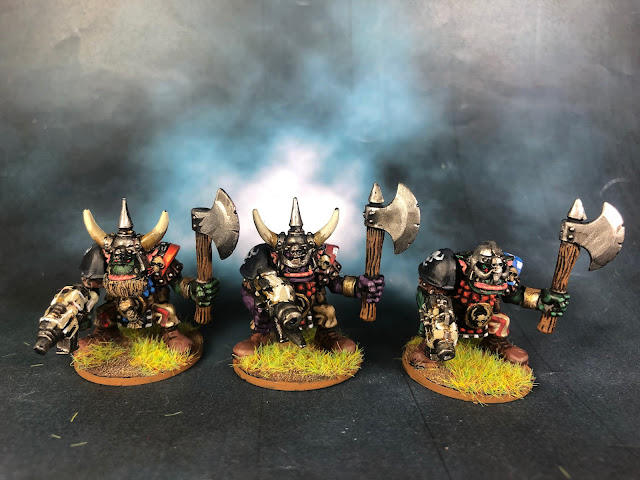 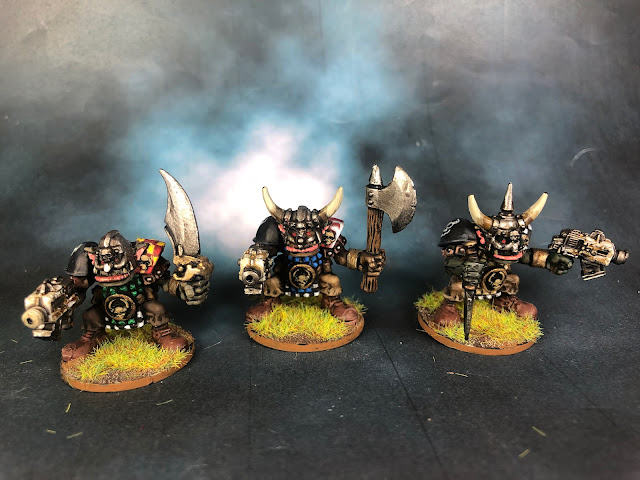 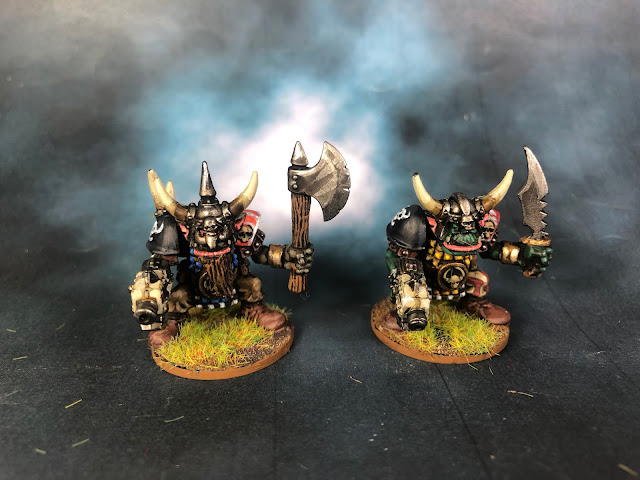 A rear pic to see the shoulder pads and back plates:
Not much else to say, I've enjoyed this silliness thoroughly. In fact the Viking theme suits these guys more than I anticipated. I may delve a little bit more into it in the future, with some more embroided dragons, trimmings and that kind of things, far away from the modern GW concept for Greenskins.
Oh, BTW. While researching for this project I stumbled upon this, and oh, how much do I need it now:
This is all for today! Now it's time for a statement. I do need to give closure to a project. And I'm determined to do so. I can't honestly tell when will it be done, but I'm making a commitment to it...
...

I hope I'll bring it soon!

Begin a year, close a project

I hope everybody's doing well. I'm starting this year's activity with a kind of unexpected bonus that happily allows me to declare a project finished, which is always a reason to rejoice :)

When I was finishing the Aliens vs Predator project my pal told me 'oh, BTW, I totally forgot, I also have the 2nd ed of the game and an expansion' :O

Well, I should have seen that coming. I would have preferred to paint the whole lot at a time, but fortunately this time it was but a fistful of minis, which made things easier.

I begun with the easy stuff, the Aliens. The poses of the Xenomorphs in this box is much better than the first edition ones.

So these are the Aliens in the new box:

The Predators were tricky again. The fishnet suit is a little nightmare to paint, but in the end it wasn't as much as a hell as I feared. There's one repeated pose, the Discobolus Predator, but the other two are new.

The Colonial Marines were new too. Again, a couple of them used the base as a vignette. I forgot to mention, the second edition minis have the base integrated on them, which gives nice lookings.

Again, it's a shame they couldn't do the characters from the movie, but these serve their purpose more than enough. I love the Corps!

My pal also got an expansion. It is called Hot Landing Area, and features these nice gentlemen:

When I got these minis I didn't recognise them at first. I thought they were colonists. Only later on I learned they were prisoners, like the ones you can see on the fanfic film Alien3 (It's a shame they only made two Alien movies, right? I would have loved to have many more, but no other one was ever shot. Ever. A shame, I say).

I don't think you can really say from the pic, but the uniforms are not the same green. Jackets are darker than pants. And all the skin tones are different. The one in blue is not a prisoner, but a synthetic, the one in charge of their custody.

With this I can finally say this Aliens vs Predator project is closed (well, that statement is never true, but you know). What now? I have to come back to the Gargant, but I think I may do some other side works in the meantime. Who knows!

Anyway, I hope 2022 starts fantastically for all of you. See you soon!