You wouldn't believe it, but... yet one more character joins the group! 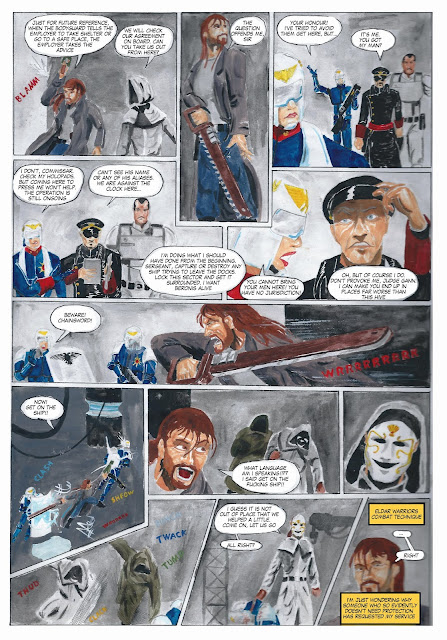 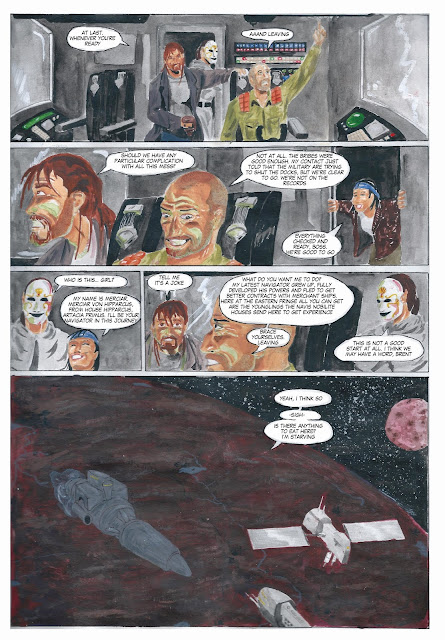 This is but an action boost leading to the conclusion of the urban plot. So all this until now has served the purpose of introducing the main characters as well as a lot of supporting roles, which will find themselves intertwined in the pages to come.
We have learned that everyone here seems to be quite dangerous and that no one seems to be as plain as suspected at first sight. We have met the core characters (for now) so it is time to slow down a little, let them interact with each other and let the reader get used to them and the story thas is meant to be told here. Some of the supporting characters were not to be fully developed until the second or third volume of the series, but they needed at least to be introduced, so I could come back to them in due time.

Along the years I've sometimes regretted the fact of not having shown more of the hive, more urban stuff and get more 40K-ish in a Necromundan sense of the term. But hey, what's done it's done. The main story was never thought to be told in that way, so the city has served its purpose.

This is it for now. Keep in mind that now the story begins!

You can keep track of the previous pages HERE.