It's been a month since I last wrote anything on the blog. Wow. What can I say, you all know how life can be from time to time. I've barely been able to use ten minutes from here and there, so the minis I'm bringing today have taken almost a month to be finished when I could/should have done them in about a week.

But that's enough whining! You came here to see minis!

These are a commission for a friend, the Chosen Axes warband from the Shadespire/Warhammer Underworld game. You know, those weird dwarfwhatever are they called nowadays. My pal obviously didn't like them (no explanation needed, of course, it's quite evident) and he asked me if I could save the poses but turn them into classic looking Dwarf Slayers. You know, trousers and stuff.
I argued that it would be easier to turn them into Dwarf Hawkmen for a Flash Gordon ambientation, but he insisted. Ahem. OK, so Slayers they are.

I had to sculpt trousers, remove the helmets and sculpt bare heads with the mohawks. Fortunately my pal gave me a couple of actual Slayers heads, that made it definitely easier, as there are some helmets that cannot be removed whatsoever. Judge by yourselves:

Painting them was supposed to be easy. I used the very classic white and blue stripes trousers:

But my friend considered they looked too uniform. Damn, he was right. These are not part of a militia or any regiment. They wear whatever they want! So I saved one and repainted the other three. My closest inspiration here were classic Gauls and Celts, but with a twist of my own, so they enede up looking like this: 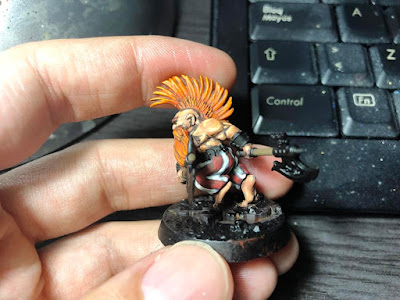 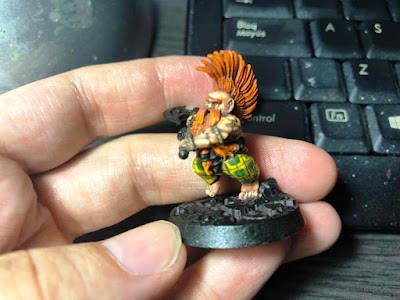 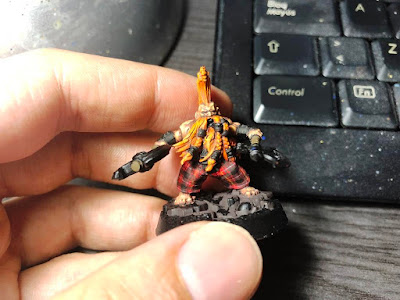 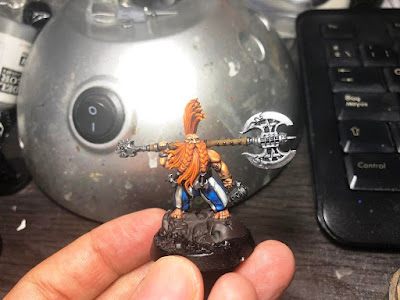 No much more to say, this is the final result: 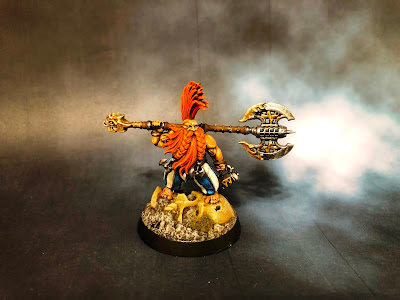 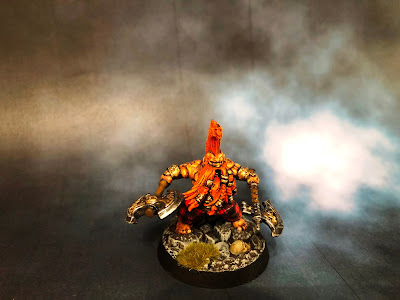 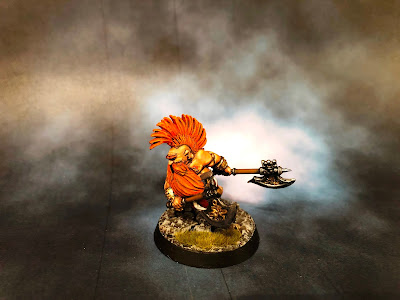 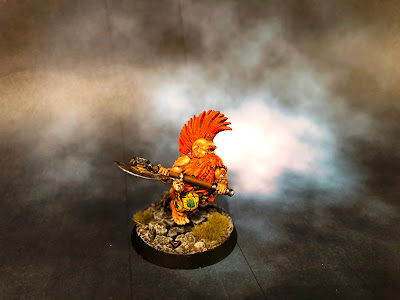 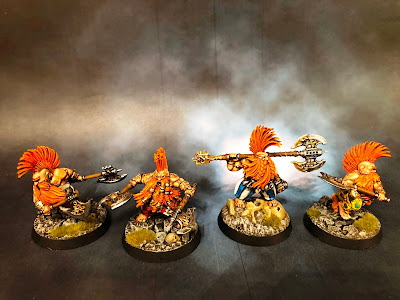 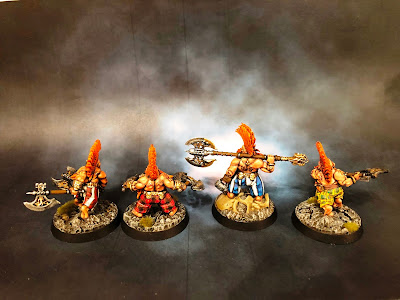 It's been a fun project, even if I'm not a huge fan of Warhammer Dwarf aesthetics. These have posed some new challenges (oh, man, to combine those sprues!) and it's been nice to make something so oldschool looking but with new materials and all the advantages of current models.

This is it for now, I really hope it doesn't take me another month to bring new stuff