After painting the green tide, I needed a change. So I went for some scenery. Don't know how, along the years I've ended up owning three tombs. You know, these things happen.

The painted one is the original tomb, I mean, the one that came with my game back in 1989. Painted with enamels by then, as you can obviously see. Ah, crazy youth...


But then, when I reached this stage... I simply knew I'm way too lazy to sculpt all that. And I know you know that too. So I just plundered my bits. Let's see what happened:

Of course you didn't expect the three tombs to be just the same, did you? I severed the knight's head and substituted it with a helmet from a Knight of the Empire (allegedly). I really don't know what the hell I did with the torso, I just happened to have the helmet (but still had to put some green stuff to fill in). I also added a shield, a coupe of swords as a bas-relief and... well, skulls. I realize my subconscious must have some GW spot over there. But I really thought that if there was a place to put some skulls, it really was a tomb.
Anycase, I tried a different approach for the third one:


The knight has a green stuff moustache and the rest of the bits come from Dark Angels and Grey Knights Space Marines. The wings somehow reminded me a Gondorian style, so I thought it was worth of a try. The guardian angel looks neutral enough to be part of a mausoleum or stuff like that.

Of course I also was too lazy to paint marble or beautiful white stone. Old reliable greyscale was more than enough for my time and skill: 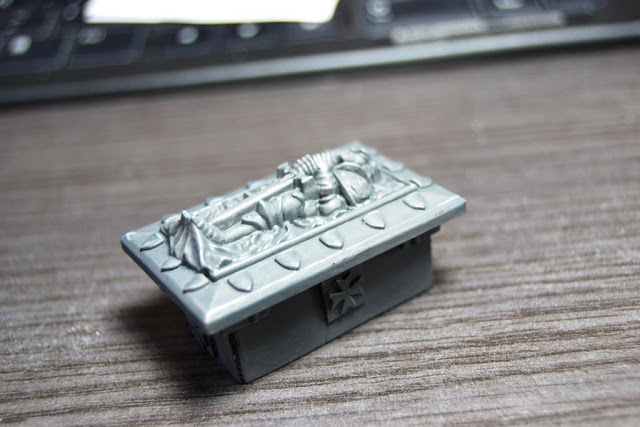 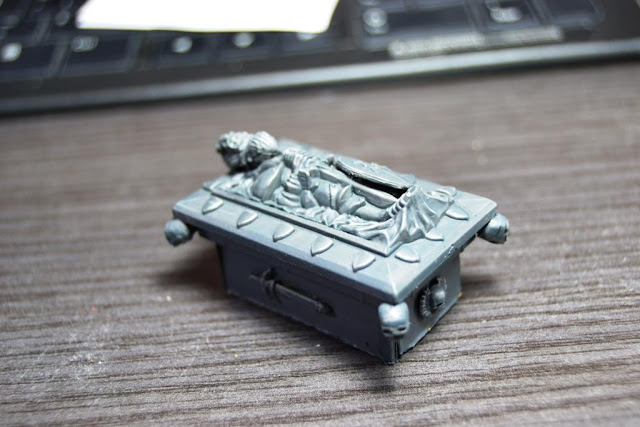 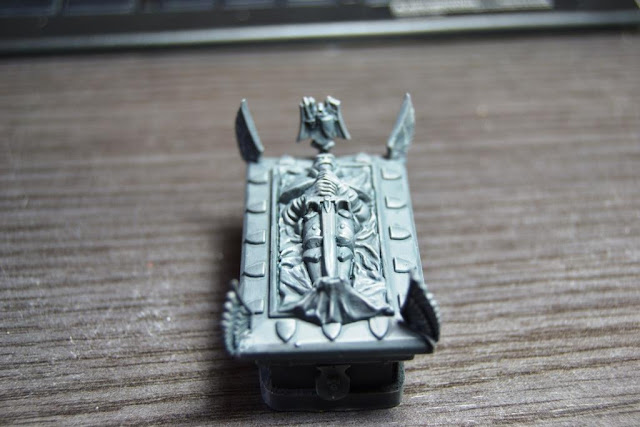 Well, now I can set my mind for another different thing... until I come back to HeroQuest.
I'm afraid I will be keeping a low profile for the next few weeks again, but I'll try to blog as much as I can. See you! :)
Posted by Suber at 3.6.14

Email ThisBlogThis!Share to TwitterShare to FacebookShare to Pinterest
Labels: HeroQuest